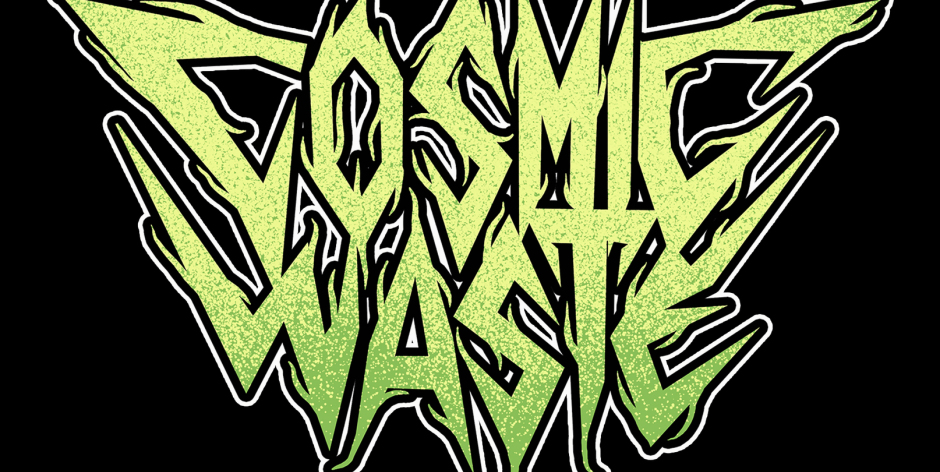 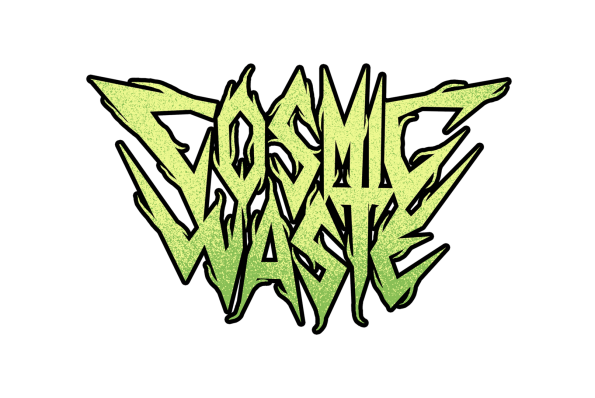 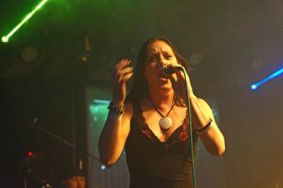 This little spitfire of a demon's influences include a broad range of the older rock metal like Ironmaiden, Judas Priest, and Black Sabbath to Pantera, White Zombie, and Alice in Chains which helped her get through adolescence. As a writer she is influenced by experiencing life and uses her observations to pass on lessons of betterment for all of humanity. She is all about what is metaphysical and mysterious spending most of her time researching energy and sound healing. 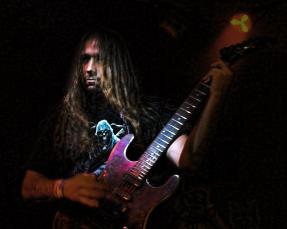 Bob began playing guitar in 1991 and his influences include Randy Rhoads, Slash, Metallica, Motley Crue, L.A.Guns, Guns and Roses, The Doors, Ozzy, Dave Mustaine, Tesla, Bon Jovi , Led Zeppelin, and Joe Satriani. Before Cosmic Waste he was involved with The Illuminati (formerly known as The Revnants) of Colorado Springs, CO and Gravemind of Pueblo, CO. Bob is an avid ice hockey player, and is a goalie on the Pueblo Men's Hockey League. He enjoys sailing, the outdoors, sports, and anything having to do with music. 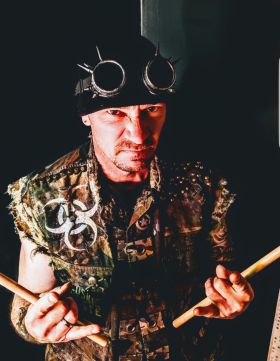 Born in Albany, OR Wesley Wedel (AKA Wesley Smash) hails from Grantspass, OR has helped shape the local metal community with his outgoing, energetic persona and artistic musical talents. Currently residing in Eugene, OR combines the styles of old school thrash with modern metal drumming indulged in his obsession with the drums. Smash has drawn training from professional drum courses, Proffesor Larry Finn's "Accelerate", Marthyn (session drummer for Belplegor), his "Bars Drumming Mastery", and introduction lessons from world class drummer/educator Mr. GT Albright.

Influenced by many artists that has substantially lead to his creative drumming style include Chris Alder from Lamb of God for his diverse foot techniques. Also Neil Peart from Rush for his creative use around the kit as a whole. Mike Portnoy from Dream Theater for his amazing technical work and fusion rock. As well as Dana Carey's from Tool amazing control and hand technique. Wes has spent many of his youthful years headbanging and absorbing the intense talents and skills of metal bands that were heavily influential to him such as Metallica, Megadeth, Anthrax, Exodus, Iron Maiden, Sepultura, and Testament to name a few. His first drumming legend to fill his earholes with the pounding fills and intense speed of thrash metal was Dave Lombardo of fucking Slayer.

Absorbing metal like a sponge along with a diverse array of influences from many other artists in other genres of music he has fashioned his own sound that is found throughout Cosmic Waste. Joining the Cosmic Crew in 2018 has allowed him to vent out his skills and adeptness in the creative process and song building with intense feel, heavy groove, and harmonies to get the blood pumping. Bringing it hard and heavy he proclaims the importance of dedication to giving 100% to every show, practice, and everything musical in his life for his fans, friends, and family. 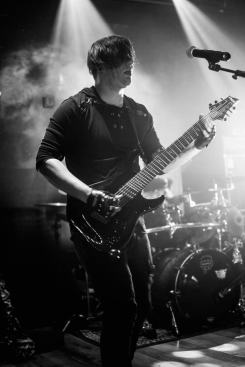 Eugene local musician Dustin James (DJ) Luther joined The Cosmic Crew at the summer of 2019 after leaving his other project and picking up Bass to bang his head for the masses. During 2022 he has stepped up to rhythm guitar and has been able to combine his flaire to the Cosmic noise we know and love. Despite being the Youngblood of the Crew, he has shown that he has what it takes to play with the big dogs with his determination and perseverance of his craft. His main Influences are bands like Avenged Sevenfold, Trivium, Bullet For My Valentine, and anything on the 2005 Metalcore Playlist. If you find him in the wild, he's either playing with his other projects or at a local show drinking beers. 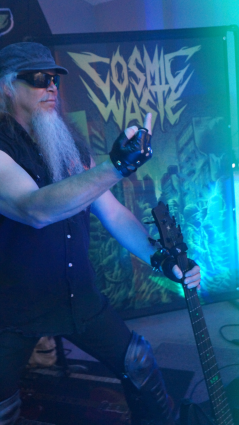 multi-instrumentalist Jay A. Goin brings a wealth of experience to Cosmic Waste!

Joining the Cosmic Crew on bass and backing vocals, Jay spent two years touring in the same role with Crimson Guardian. He currently performs on guitar and backing vox with Evidence of Insanity since 2021, and occassionally plays bass with E.O.I. side project/cover band Moonlit Madness.

During the pandemic lockdowns, Jay produced his one-man metal album "The Road To Ruin" (2020) . Singing and playing guitar, bass and keyboards as well as programming  drums.